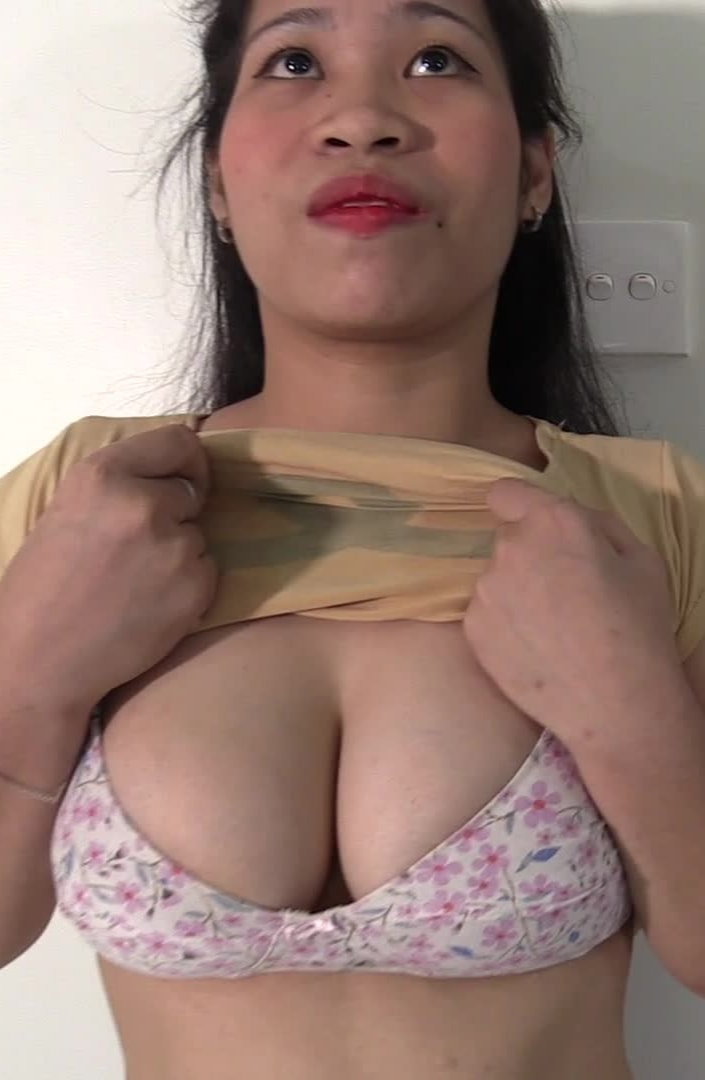 Description:
I had arranged to interview this week’s Bangmaid based on some facebook photos she showed me. Classic mistake. She must’ve sent me photos from years ago, because when 19-year-old Queenie showed up at my door, she definitely wasn’t as attractive as her photos suggested. Just a little too chubby for my taste and not pretty enough.

I made Queenie change into a sexy maid outfit and told her to pop her juicy jugs out of the uniform and clean the house. As I groped her and squeezed her sweater meat, she didn’t protest at all. She seemed resigned to her fate as a foreign man’s servant, so she allowed herself to be prodded and poked with no complaints.

Normally, I would conclude an interview by dumping a load of sperm deep into the candidate’s cunt, but there was something about Queenie’s mouth that made me want to dump it there. I didn’t even want to test out Queenie’s other holes - I just wanted to fuck her face. So for about half an hour I thrust my 9-inch cock in and out of Queenie’s mouth to see how much throat-fucking she could endure. I was pretty impressed! She didn’t gag or puke much at all!

Two Sweet Sexy Sisters - Which One Should I Impregnate?

Young, Eager Breeder Filled to the Brim with Semen!