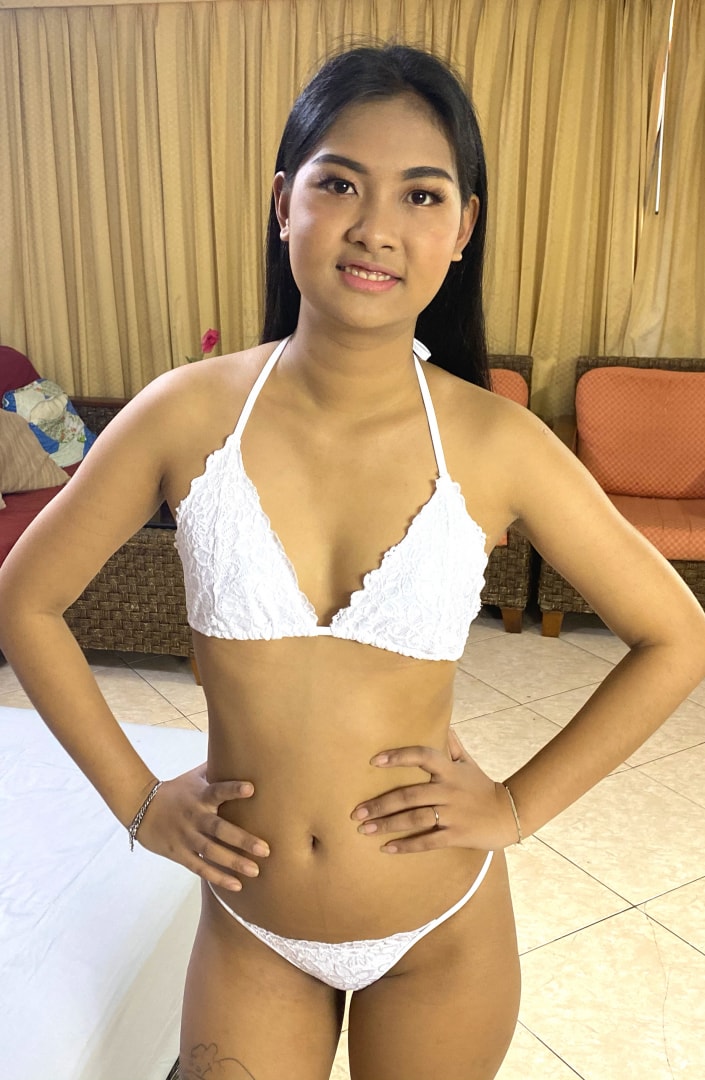 Description:
This week’s breeder is an adorable young Thai babe from the northeast part of Thailand named Nooann. I met her online on one of the ubiquitous Thai dating websites, and she told me she was currently staying in Pattaya looking for work. Well, I didn’t have any work to give her per se, but I did have something else equally valuable - strong, virile sperm from a tall foreigner man. Was she interested? Absolutely!

Nooann was shy and her English wasn’t that great, but that’s ok. A proper female really doesn’t need to talk that much. In fact, I don’t mind if they don’t talk at all! A girl’s mouth shouldn’t be used for talking and boring a man to death….it should be used strictly for sucking cock. And Nooann definitely had a knack for that!

After I was sure the little slut was properly fertilized, I uncorked her and sent her on her way. Sorry I couldn’t offer you a job honey, but I gave you something much more valuable. The gift of a foreign baby growing in your belly! See more of Nooann at ThaiGirlsWild.com

Seductive Thai Street Whore Gets Fucked and Filled with Semen!

Chubby Chick With Fat Udders Gets Bred By Bull!